Washington, DC 03 Sept 2020 – The son of an American imprisoned in China since 2016 for allegedly endangering state security by stealing “state secrets” met on Thursday with several senior White House officials to lobby for the release of his father, US businessman Kai Li.

Harrison Li, 22, said that in recent weeks and months, the arbitrariness of China’s state security laws have become apparent to the world with the use of the recent national security law passed in Hong Kong to arbitrarily detain its residents.

“At a time when the complete disregard of the Chinese government for the rule of law is clearer than ever before, I hope that top US officials will take more consistent action to win my dad’s release,” said Li. “My father has never endangered Chinese state security.” 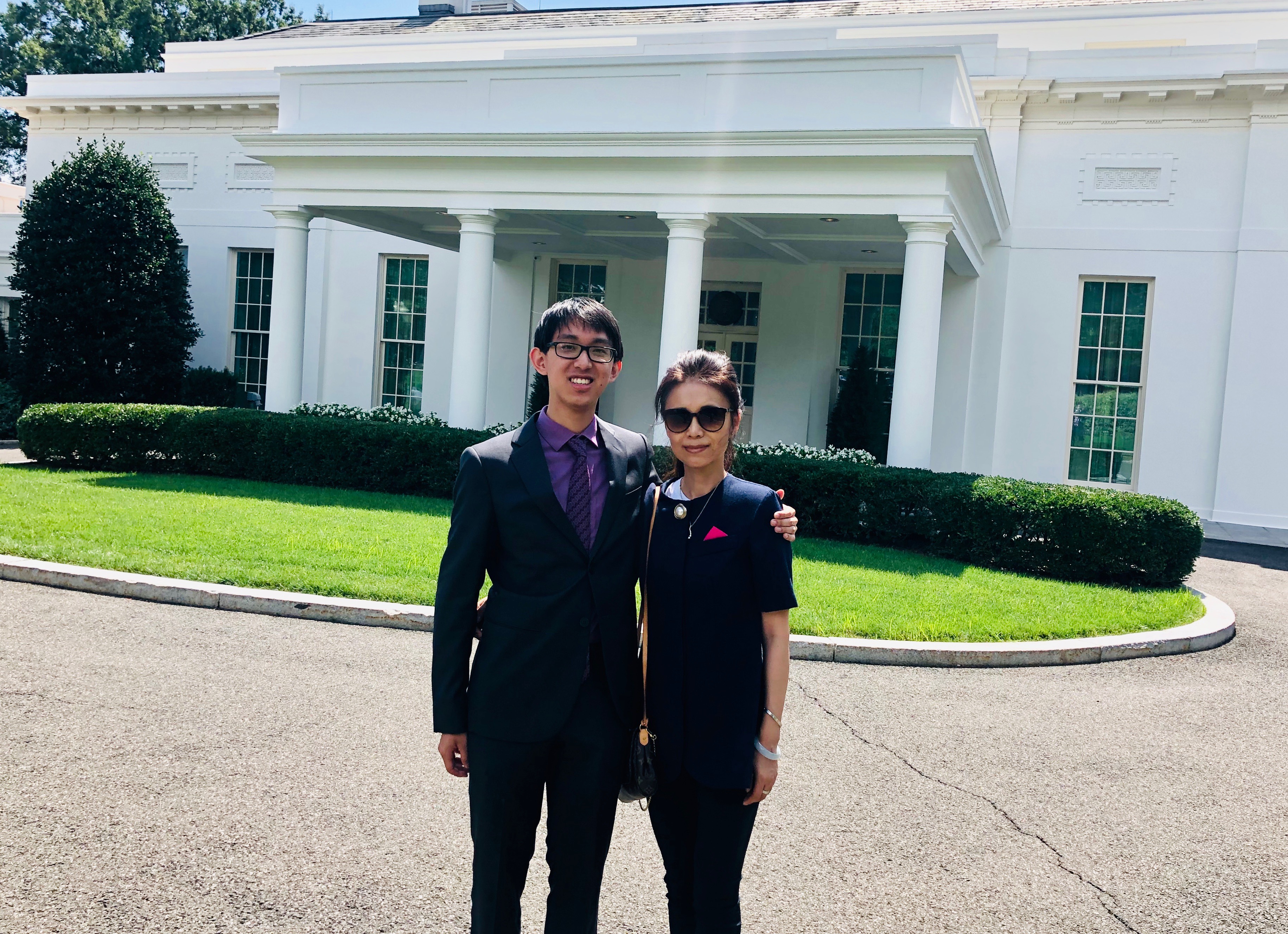 Harrison Li and his mother stand outside the West Wing of the White House in Washington, DC following "productive" meetings with senior White House officials on September 3, 2020.

Li, who has temporarily relocated to the Washington DC area to advocate for his father, acknowledged the past efforts of various high-level officials to raise his father’s case with their Chinese counterparts, but added that the case had not been raised in “quite some time”, which he attributed to the worsening state of US-China relations. Still, he said he felt his conversations with officials on Thursday were “quite productive” and hoped they would help ignite a higher profile conversation about his father’s plight.

Li also expressed concern about how the ongoing COVID-19 pandemic has impacted conditions at Shanghai’s Qingpu Prison, where his father is being held. Family and consular visits to Mr. Li have been suspended indefinitely since January 2020, allegedly due to the COVID-19 pandemic, despite Mr. Li reporting multiple health issues including heart disease and inadequate nutrition. In a recent phone call to his family, Mr. Li described the current prison diet as lacking in fresh produce and protein, and has repeatedly requested nutritional supplements from family, both through internal prison channels and the US Consulate in Shanghai. All such requests have been categorically denied by the prison authorities.

Kai Li was first detained in September 2016 by agents of China’s Ministry of State Security. In 2018, Mr. Li was sentenced to 10 years in prison following a secret trial, in which he was convicted of endangering state security by stealing “state secrets” on behalf of the US Federal Bureau of Investigation. His defense attorney maintains that the alleged secrets are simply facts that are freely available online, although Chinese state secrets laws are broad in the freedom they give the authorities to retroactively declare something to be a state secret, including facts from the public domain.

In recent years, a growing number of foreign nationals have been arrested by the Chinese government for endangering state security, including Sandy Phan-Gillis from the United States, Michael Spavor and Michael Kovrig from Canada, and Yang Hengjun from Australia, in cases that most observers believe are for political leverage and even call “diplomatic hostage taking”, giving China bargaining chips against foreign governments.

The Li family maintains he is innocent, and that the charges against him have been trumped up, now politicized and trapped in Sino-American tensions. They point out that Mr. Li was placed under “residential surveillance at a designated location” (RSDL) for over two months, during which he was denied access to all forms of legal counsel and interrogated under duress day and night by state security agents at an unknown location. Earlier this year, several United Nations experts condemned RSDL as a form of forced disappearance placing “individuals at heightened risk of torture, inhumane or degrading treatment or punishment”. The practice has been used to detain many human rights activists and dissidents.

Mr. Li has also expressed to his family that his interrogations made it clear his arrest was engineered as an act of retaliation related to a business dispute. Before his arrest, Mr. Li ran an export business as a distributor of solar simulators and related parts for Spectrolab, Inc., a subsidiary of Boeing.

“This tragic case of a son seeing his dad locked up in China on trumped-up charges is one of an escalating number of such false imprisonment cases involving Americans and other foreign nationals in China,” said Peter Humphrey, who was similarly imprisoned in China along with his wife, and whose son lost both parents for two years.

“My heart goes out to Harrison Li, a brave young man demanding the freedom of his father Kai Li from Shanghai’s Qingpu Prison, just like my own son fought for me and my wife in 2013-2015. I call upon the White House and all relevant American government and civil institutions to throw their support to Harrison Li and to exert all possible influences to bring his father home.”

“I urge the Chinese government to look closely at the officials who turned a business dispute into a false espionage case and abused Chinese law to get Kai Li imprisoned. Again and again we see powerful Chinese individuals abusing their connections to get people thrown in jail in vendettas. And I would urge the USA and all other governments to fully support the release of citizens who are wrongfully imprisoned in China.”

The family has recently set up a campaign website, as well as a petition addressed to President Trump, the State Department, and Congress.